Yamuna Body Rolling was developed by Yamuna Zake over 20 years ago, as a way to educate Body Logic Practitioners on anatomy. Body Logic is a system where the Practitioner anchors a muscle at it’s origin and stretches the muscle in the direction of the natural movement towards the insertion. Once the muscles can take their full length, bones decompress, and joints and nerves can restore their full function. In general, whenever there is pain, contraction, tightness, inflammation, atrophy, or nerve pain there will be lack of space. 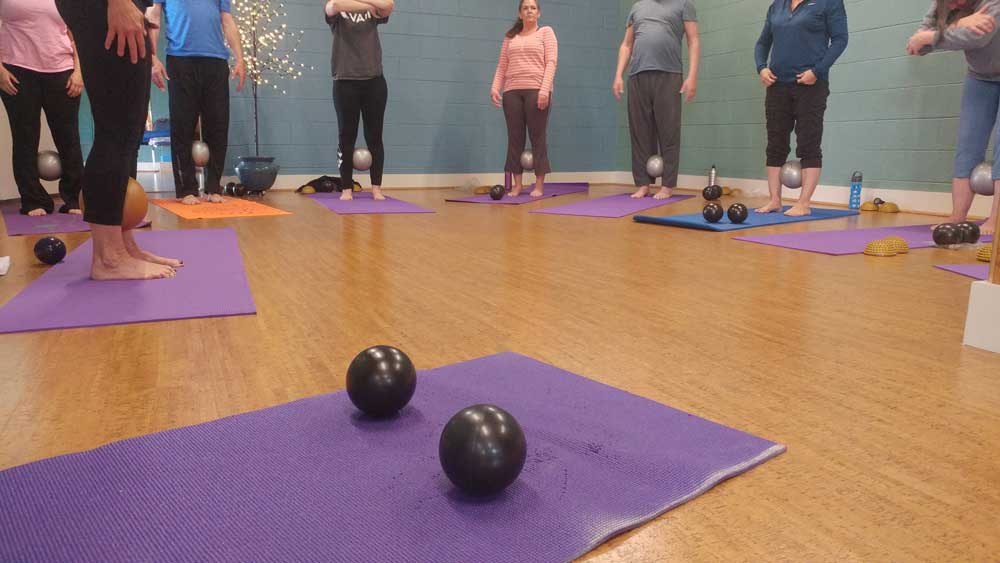 The goal is to create space

The goal of Yamuna Body Rolling is to create space. This space is created as the muscles are educated and released, when that happens the muscles take their optimal space. Yamuna Body Rolling is not random rolling of a ball, it is systematic work from the bone, into the tendon, and then finally into the muscle. You work on large muscles first and then small muscles last. The pressure of your body on the ball will increase the circulation to the tendon which will begin to soften and initiate the release of the muscle. You learn your own anatomy and be able to reorganize your structure resulting in better function.

Every ball is rated to hold 350 pounds but have different density and give different sensations. The Gold ball is the biggest ball and the gentlest, it is a great choice for people with bone disorders. The Pearl ball is the same density as the Gold ball, but it is smaller and easier for people that are more petite. The Black balls are the smallest balls we will use, and the most intense. We will use the Black balls for detailed work. There is also a Silver ball which is very dense. All the Yamuna Body Rolling balls are squishy and soft; remember, we are stimulating the bone, and we want to relax into the ball.